For One Metre Measured we all explored the potential offered by an initial measurement of one metre of place and/or material.

Within the performance space two tables measuring 1 metre x 1 metre each are placed centrally, with enough space between them to allow for movement for the performers. One table will have several handheld, fixed and contact microphones to capture sounds created by the found items. Any number of found items can be used for the performance however must fit onto the surface of the table and only items on the table can be performed with.

The other table will contain a mixing desk and Apple laptop running Ableton Live. The sounds created by two of the performers will be recorded, looped and manipulated by the third performer and projected into the performance space by surround sound.

The performance will not be rehearsed. 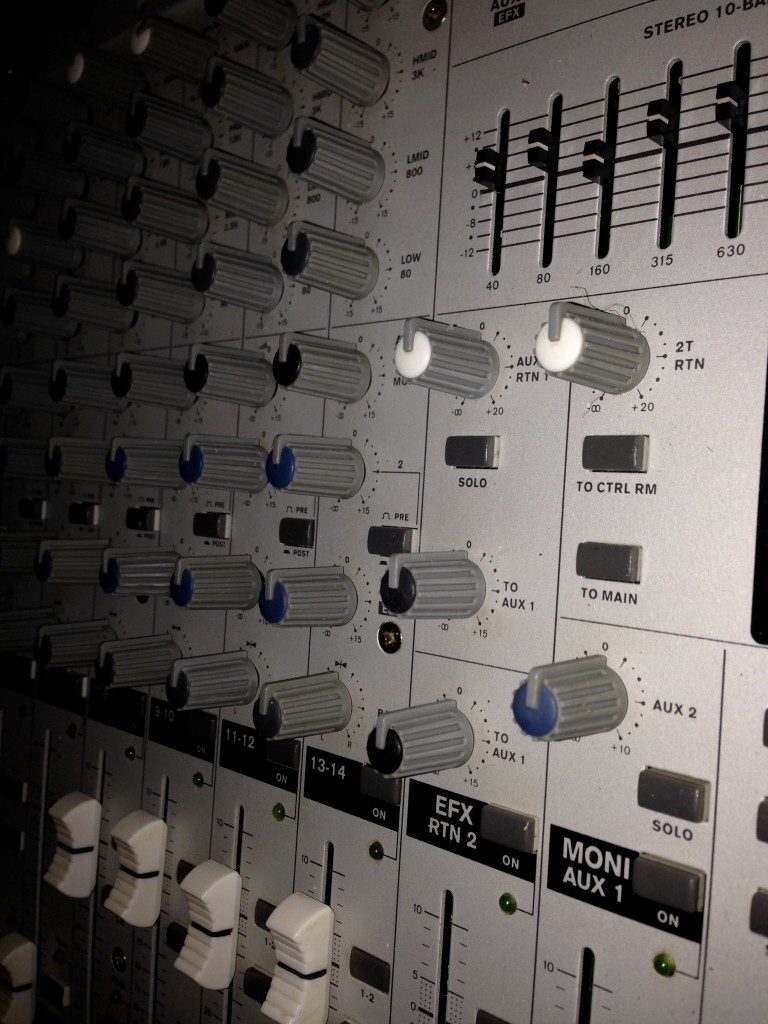 My overarching research interest is: what new imperatives has the digital created for the haptic.

The metre is a product of the Enlightenment. Some of its champions sought, for political reasons, to displace imperial measurements. These are based on the physical human body: thumb, foot etc. Metrication exemplifies rationality, an approach that has lead to massive advances in understanding on which our material culture is based. But it has brought us to the edge of reason. Using the same kinds of cerebral measurement it is possible to describe the universe milliseconds after the Big Bang. At the same time this brings a focus on questions for which these tools are unsuited. My project seeks to measure (evaluate, describe) how the immeasurable might be manifest.

It is a phenomenological approach that places us in the universe as participants not as god-like outsiders observing. It acknowledges that, as sentient beings, our interactions use all the senses and that the difference between us and everything else is porous. Interdisciplinary Professor Tim Ingold identifies this as ‘telling’ in both senses of the word.

My project uses my Great grandfather’s handwritten travel diaries, made in the mid 19th century. A curious clergyman, he witnessed a slave market in America, the trenches at Sebastopol (where he met Mary Seacole), and a ‘native village’ in South Africa. He was conflicted by the objective and subjective and, as today, these were framed by the context and conceits of its time. Over the years literary reading has faded making more legible other forms of communication. If selected I require wall space to show a number of metre long pieces that ‘tell’ through text and ceramic the dialogue between materiality and the immaterial. 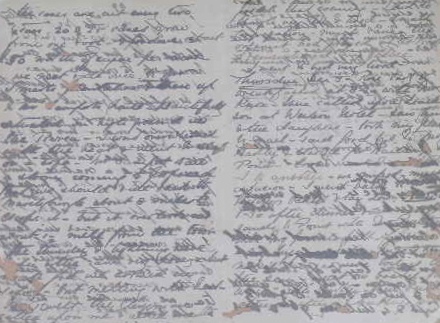 One Metre of Gravity

I would like to explore one metre of gravity and try to capture it through the impact of one material onto another. The activity will take place at a height of one metre above the surface but will have a consequence on the surface below. Dropping or pouring various dry or wet materials onto a surface, which could be subtle or sometimes have a dramatic effect. Most of these explorations would end up on paper as the constant material to capture and hold them together. This will possibly result as several pieces on paper, which will be put together as a series, either as a selection or all of them, depending on space and the results, as I can’t tell at this stage. Mainly I want to measure and capture in some way the effects of gravity when a material is dropped or poured from a one-metre height.

There will also be a use of photographic documentation especially for the explorations that are too fragile to capture in other ways.

In my previous work I specifically responded to what Roland Barthes in Camera Lucida refers to as ‘punctum’. How an aspect of an image; not necessarily the intention of the photographer; could illicit an emotional response from the viewer, triggered by a past experience. Since both my parents and brother passed away over the last 3 years, my response to this through my artwork, that started as looking at how memories fade through time; has been developing from the literal to the ephemeral that attempts to show representations, portraits in absence, aftermaths within a space, and a signifier of something that is recalled.

Much of my work was set in the council house where I was born (Clifton Estate, Nottingham), and my parents had lived in for over 50 years. I tried to document my parent’s presence, through projected texts and images; signs of faded occupation. Now these images form an archive, and my response can no longer be from first-hand experience; with my parents or the house.

It is an on-going project that now deals with absence/presence, which has led me to research the writings of Gaston Bachelard in ‘Poetics of Space’, the ancient Greek theory of ‘Khora’, and the Japanese concept of ‘Ma’.

Proposal for ‘ONE METRE MEASURED’ is a piece of wood one metre square pasted over with an old roll sheet of wallpaper found at my parents’ house while clearing out of furniture just before the council took the house back. On the wallpaper will be an impression of marks left by a mirror removed after years of occupation, around the edges the stain of nicotine. Where the mirror was once placed I will transfer print numerous superimposed images from individual members of the family through their ages forming one face. 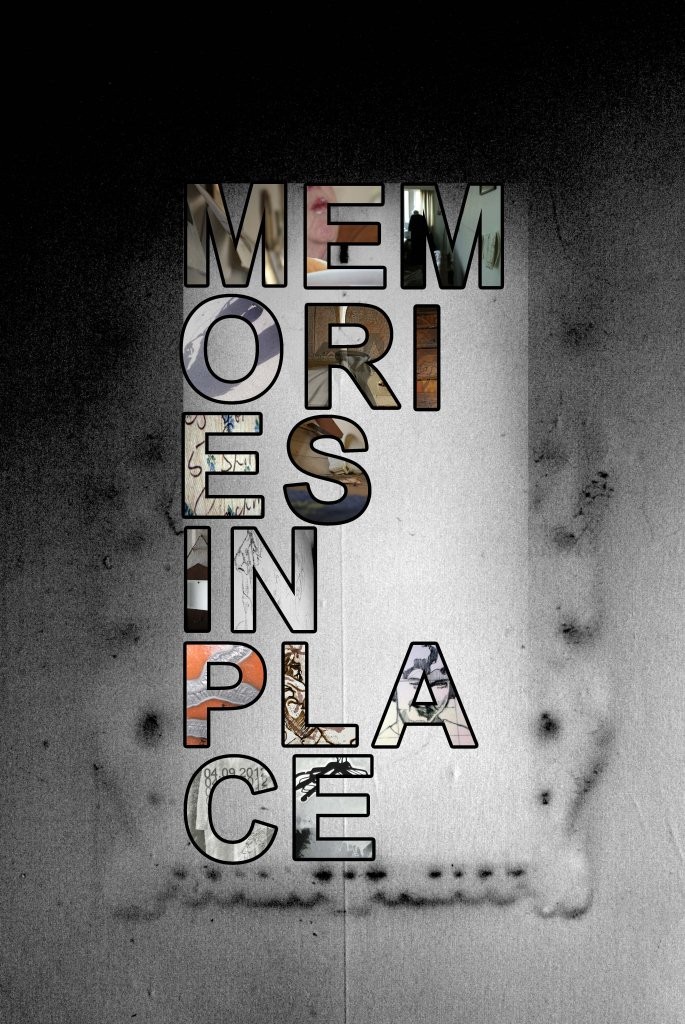 The work I propose to make for OMM can be listened to, and seen as, a companion volume to the earlier work 15:06:13-16:06:13/15.06.13/SG Subtitle: The One Hour Piece made for the A.P.T. exhibition One Hour, September 2013. As was the case with this earlier piece, I propose to visit a “bricks-and-mortar” independent record store and acquire records that include the word Detroit, either within the recording artists’ names or track titles. All records will be sourced from 1 m3 of record store space. The records acquired according to the set constraints, will determine a specific, personal soundtrack and dictate the resulting work. 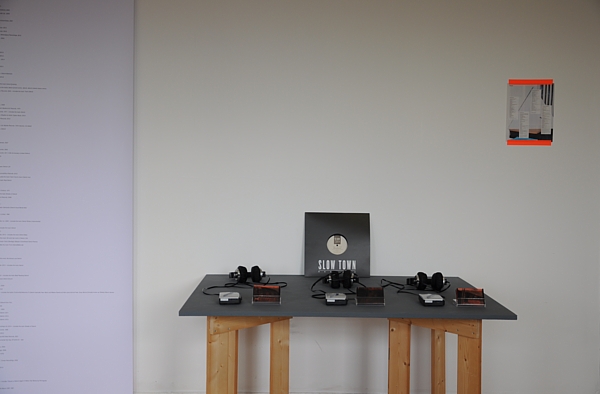 I am exploring One Meter Measured, through OMM domestic material from my home environment in terms of place, and the nature of the material in a dialogue with location in time. 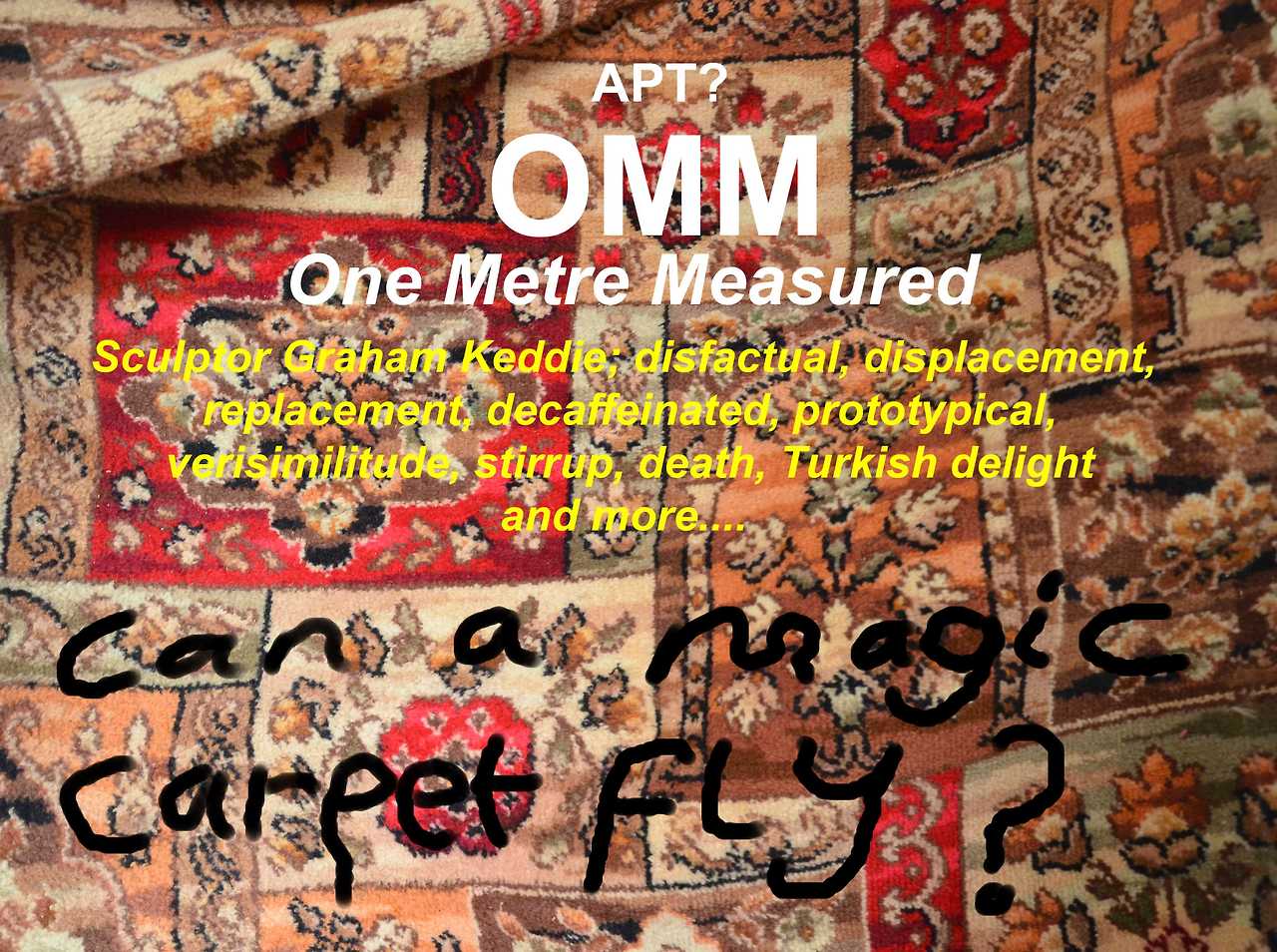 The “Hundred Up” is an exercise invented by WG George, the fastest miler of 19th century, which consists of a drill to perfect running form.

The drill consists of either walking or running on the spot, over a fixed series of parallel lines marked on the floor. Alternating legs are raised by bringing one knee to the height of the hip, bringing the foot back down again to its original position, touching the line lightly with the ball of the foot, before repeating with the other leg.

The exercise should be repeated, maintaining perfect form, 100 times.

As the drill is practiced, proprioception (the awareness of the relative position of the body in space and the strength of effort being employed in the movement) is improved over a surface area of approximately 1 square metre.

One’s own body can be considered as a sculpture in the round.

I will explore the variation in attempting to maintain perfect form over 100 repetitions, by translating my own body as a series of data points to be manipulated in three dimensional space via the new and experimental RGBD film making process.

(RGBD is an experiment in a possible future of film making, where photographic data captured in three dimensions will allow for deciding camera angles after the fact, combining the languages of photography and data visualisation).

One metre measured seemed to me to be such a solid idea, so easily understood, a concept, a known and pre determined measurement and yet visually there seemed to be so many diverse interpretations that the idea become fluid, flexible, almost unknowable, infinite. Here is my simple starting point for research: to look at diverse ways of understanding and presenting omm through 2D, 3D, 4D sketches. A second point of questioning is how can ‘measured’ be visualized. The sketches will be the starting point for further works.